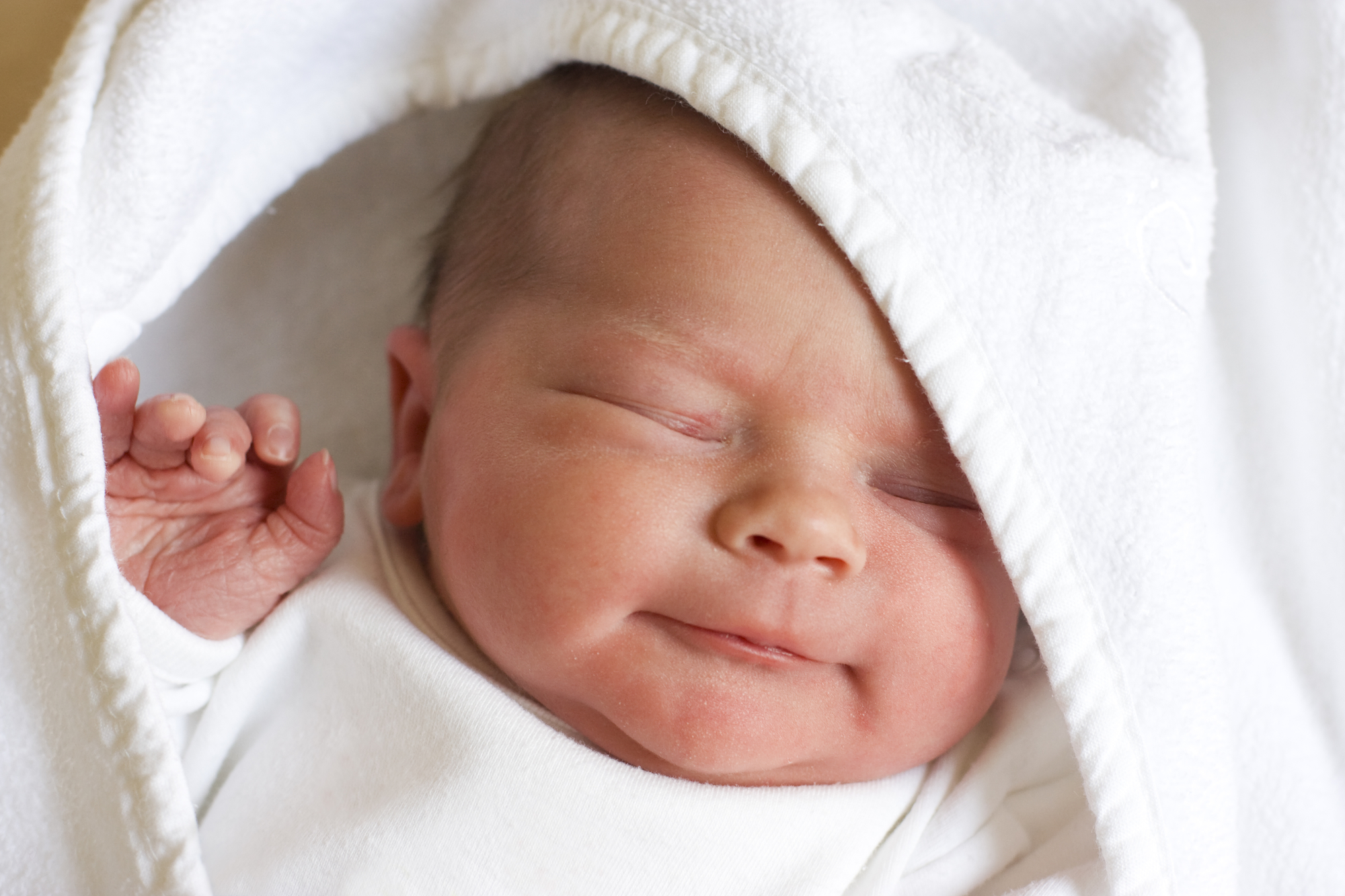 The CDC released a case study on a newborn who had a recurrent GBS infection after the mother had her placenta encapsulated. It has left a lot of people asking…

Can my placenta capsules make my baby sick?

The short answer is: probably not. A well-trained placenta arts specialist will make sure that your placenta is prepared safely for consumption, unfortunately, it seems that this specialist may not have done so. The placenta and the birth should have been assessed to see if it was fit for consumption and then the placenta should have been properly prepared. A maternal or infant infection at or immediately after delivery indicates that an active infection was present. The mother should have been counseled against encapsulation initially. The second major issue, in this case, is that proper food safety protocols may not have been followed. This likely led to the capsules containing GBS bacteria and potentially causing reinfection.

We know that proper steaming and dehydration temperatures will drastically reduce microbial counts thanks to research from Jena University, so even in the case of GBS colonization (not infection), we can confidently say that properly prepared placenta capsules will be safe for consumption.

In short, this is a case to take seriously, but it is a single case.

So what’s the long answer?

Some of you may be interested in more details. In this section, we are able to go into more detail about the CDC case study and then a review of some of the studies and research that would indicate that GBS colonization is not a contraindication for placenta encapsulation.

The CDC report was a case study of a newborn who experienced a recurrent GBS infection (1). In this case, the maternal GBS culture taken at 37 weeks was negative, showing no maternal colonization. Shortly after the birth the newborn showed signs of infection and tested positive for GBS. The baby was hospitalized for at least 11 days and was treated with antibiotics. Five days after the newborn’s release from the hospital, the baby again presented with GBS symptoms and tested positive for the same strain of GBS. At this time it was discovered that the placenta had been released and encapsulated. The mother had been taking the capsules from three days postpartum. The capsules were tested and found to contain the same GBS strain that had infected the newborn. The mother’s breastmilk was tested and did not contain GBS and thus was ruled out as a potential source of reinfection. The baby was treated and was again released from the hospital after antibiotic therapy.

Professional placenta encapsulators and birthing families must take this case very seriously. There are many parts of this case that are very concerning. While this is a single case and not a study, it would be unwise for us to ignore the important information that we can learn here.

First and foremost, due to the immediate onset of newborn infection, this placenta should not have been encapsulated. Maternal or fetal infection at or immediately following the time of delivery is an absolute contraindication to encapsulation. It is unsafe to encapsulate in these cases. The encapsulation specialist had a responsibility to verify with the client that an infection was not present.

The method of preparation is largely unknown; the encapsulator’s website was reported to state that the temperature of dehydration was between 115° F and 160° F. We have no knowledge if proper food safety protocols, universal precautions, or proper handling took place. If the placenta was dehydrated at 115° it would absolutely be unsafe for human consumption and the temperature would not be high enough to kill GBS or other known pathogens.

GBS is caused by the bacteria Streptococcus agalactiae. GBS will survive in a dry environment for months, so dehydration alone is not adequate for reduction of GBS bacteria. GBS is sensitive (meaning it will start to die) after being exposed to moist heat at a temperature that is at least 55° C (131° F) for 30 minutes(2). Based on the information we have, we can speculate that this placenta could have been inadequately prepared, leading to the presence of GBS in the finished product.

Recurrence rates of GBS have been studied at least twice; in one study the reinfection rate was found to be 0.9% and the other study showed a rate of 0.4% reinfection (3). We do not know the mode of reinfection in this case, but we do know that it did occur. Reinfection of GBS has previously speculated to occur due to colonization of mucous membranes (4). In this particular case, it is speculated that the reinfection occurred from the placenta capsules that were contaminated with GBS. The capsules could have caused the mother to continue to be colonized. As the CDC article indicates, another mode of reinfection could have been from colonized family members. In this case, it is reasonable to assume the baby was already immunocompromised due to the primary infection of GBS. It is also reasonable to speculate if the primary infection was sufficiently treated to eradication. While it is possible that the capsules could have contributed to reinfection, it is not possible to rule out reinfection from another mode, or prolonged primary infection.

In their article, the CDC states “The placenta encapsulation process does not, per se, eradicate infectious pathogens; thus, placenta capsule ingestion should be avoided”. We do have a rebuttal to this statement. Preliminary data that was released by Dr. Sophia Johnson from Jena University in Germany found that in properly prepared placenta capsules, there were no unsafe organisms found (5). The steaming and dehydration process was found to drastically reduce microbial counts. In addition to microbial testing, the study also looked at potential toxins, such as heavy metals, and also found that the levels were all well below acceptable limits. We hope that this initial research spurs further funding to continue to look into the safety of placenta encapsulation. **Edit 7/15/17** Placentas that were from mothers that tested positive for GBS colonization were not included in this testing. So while we are encouraged that the testing showed a great reduction of harmful organisms, this study can not confirm eradication of GBS bacteria. **

The CDC points out that no standards exist for placenta encapsulation. This is true, however, APPA holds their graduates to the highest standards and protocols are extensively board reviewed to ensure safe practice. If you are a current APPAC and are practicing using your board reviewed protocol you can rest assured that you are practicing at the highest level of safety. APPA strives to set those standards and train professional placenta arts specialists.

Mothers and birthing people who are seeking out placenta encapsulation should be encouraged to find properly trained encapsulation specialists. Specialists should be trained, not only in the physical encapsulation process but bloodborne pathogens and food safety. Unfortunately, some people offering this service have trained themselves by reading a blog or watching a YouTube video. This is not sufficient training. If you are looking to hire someone to encapsulate your placenta, please ask about their training, if they follow food safety protocols and temperatures, and how they are sanitizing their equipment.

GBS is a bacteria that lives on everyone’s skin and especially thrives in mucous membranes. Colonization does not mean that a mother has an active GBS infection. A positive result from a GBS test means that there is an abundance of GBS bacteria in the vaginal canal; this may lead to a newborn infection if the baby is also colonized during the birth process. Most babies that are exposed to GBS are healthy and do not become infected. However, when newborn infection does occur it can be dangerous and should be taken very seriously.

It is APPA’s goal to make sure that GBS or any pathogen, is not spread through placenta capsules. We are confident that our placenta arts specialists are trained in methods and procedures that will not allow the spread of infection. It is extremely sad that this newborn and family had to endure both GBS infection and reinfection. GBS is terrifying and the weeks in the hospital had to have been a difficult start for their family. Our best wishes go out to the family, and we hope that their journey has become more joyous and pleasant.

If you are looking for a placenta arts specialist who has a fantastic training and a focus on safety, check out the APPA directory.

If you are interested in becoming a placenta arts specialist, it is highly recommended you operate under safe protocols within the bounds of food safety and proper bloodborne pathogen training. Of course, we think APPA is the best and can prepare you to operate safely. If you have any questions about our training or safety protocols, please reach out to us. Let’s make sure you are operating in a way that protects your clients and their babies from potentially life-threatening infections.

3.Schuchat A. Epidemiology of Group B Streptococcal Disease in the United States: Shifting Paradigms. Clin. Microbiol. Rev. July 1998vol. 11 no. 3 497-513

Having an at home doppler can sometimes help ease

If you've been considering encapsulation, here are

Shared this to our story earlier in the week, but

We rely on student reviews to help us make sure we

Point of view: You're a placenta encapsulator at a

Not sure what's in your capsules?⁠ ⁠ Zinc! Hel