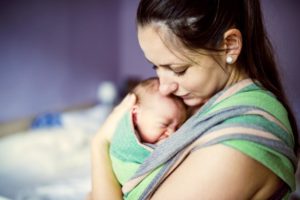 When you have a baby, you’ll need to make a decision about what to do with your placenta.

There are many differing beliefs and customs around what ‘should’ be done with the placenta after birth and this varies between people and countries. Some cultures believe it needs to be buried, some people dehydrate the cord as a keepsake for the child and placenta encapsulation is becoming increasingly popular.
99% of mammals consume their placenta
Over 4000 species of mammals consume their placenta straight after birth (even the herbivores!). According to behavioural neuroscientist, Professor Mark Kristal animals are not simply consuming their placenta ‘to clean up the birth site or avoid predators’. Animals will still consume their placenta even if they have no predators and non-nesting species will remain at the birth site (even after their young can walk) to ingest their placenta. Primates who birth in a tree will eat their placenta even though it could be dropped to the ground away from them. Also, even though birth fluids could attract predators, these are not necessarily cleaned up.
There’s historical evidence of placenta consumption (placentaphagy)
According to the 1916 Lancet, there are reports as far back as 1556 of people consuming their placenta. The belief was that it helped with production of milk. In 1935, there were also reports of Italian women eating their placenta to aid lactation and to prevent after pains (Ploss).
Humans have actually been consuming placentas for hundreds of years. In China it is known as “Zi He Che” and has been used medicinally for over 2000 years. According to many Traditional Chinese Medicine doctors it is seen as a “tonic to fortify the ‘qi’ and enrich the blood” (Savadore 2012).
In the 19th century, pharmacies in China, South America and Eastern Europe produced placenta remedies. Up until the end of the 19th century, it was quite common for European pharmacies to sell placenta powder (Enning 2011).
Science is starting to back up what has been reported anecdotally

A study conducted in 1954 looked at women consuming their placenta to help with breastmilk production. Of the 210 women that took part in the study 86.2% had good or very good results. This included an increase in breast size and an increase in quantity of milk (secretion and flow).
Research conducted by Frederick Hammet (Harvard Medical School) demonstrated that the rate of growth of infants was enhanced when their breastfeeding mothers ingested desiccated placenta.
The most recent study was published in November 2016 and was conducted by the University of Nevada, Los Vegas (UNLV). This was the first randomized, double-blind and placebo-controlled study to investigate the effects of consumption of placenta. Laboratory results showed a 7-fold higher concentration of iron in the placenta capsules versus the beef they tested. This is good news for mothers needing to increase their iron intake as placenta contains a bioavailable source of iron.
The placenta contains important stuff
Some of the hormones and minerals the placenta contains and the benefits associated with consuming them include:
Corticotropin releasing hormone (CRH) which helps us deal with stress better and may help prevent post-partum depression.
Placental opioid enhancing factor (POEF). This enhances already available opioids. It can help increase pain-relief and lead to better moods.
Oxytocin helps us bond better and increases wellbeing.
Thyroid stimulating hormone helps regulate the thyroid and boost energy.
Prolactin helps the new mother produce more milk and have good supply.
Iron helps us recover from blood loss, gives us more energy and plays a big role in helping prevent postpartum depression.

What’s the easiest way to consume the placenta?
Placenta encapsulation has become the more socially preferred method and is becoming increasingly popular by the day. This is a process that turns the placenta into capsules that look and taste like other vitamins or minerals. It’s important to choose a provider who is trained and experienced and follows strict sanitation protocols.
It is essential to make sure the placenta has been properly cared for after birth and throughout the processing, dehydration and encapsulation process. Dehydration has been used for centuries as a way to preserve foods and maintain the nutrient levels (Aguilera cited in Beacock 2012). It is an excellent way for the new mother to enjoy the benefits of the placenta in the early weeks and months after birth.
References:
Beacock, M (2012), “Does eating placenta offer postpartum health benefits?”, British Journal of Midwifery, Mark Allen Publishing Ltd, UK.
Crawfurd, Dr Raymond (1916), “Legends and lore of the genesis of the healing art” published in The Lancet on December 30th 1916.
Enning, Cornelia (2011), “Placenta: The gift of life”, Motherbaby press, Oregon.
Gryder, L et al (2016), “Effects of Human Maternal Placentophagy on Maternal Postpartum Iron Status: A Randomized, Double-Blind, Placebo-Controlled Pilot Study. Journal of Midwifery & Women’s Health.
Hammett, F (1918), “The effect of the internal ingestion of desiccated placenta upon the rate of growth of breast-fed infants”, Department of Anatomy, Harvard Medical School, Boston.
Kristal, Mark (1980), “Placentophagia: A biobehavioral Enigma”, Neuroscience & Biobehavioral Reviews, Vol. 4, pp. 141–150, New York.
Ploss, H. Bartels, M.; and Bartels, P. (1935) “Woman: An historical, gynaecological and anthropological compendium. Heinemann, Londo
Savadore (2012): http://lifestyle.inquirer.net/54285/eating-placenta-an-age-old-practice-in-china#ixzz3nST47vkv
Soykova-Pachnerova et al (1954), “Placenta as Lactagogon”, Gynaecolgia; International monthly review of obstetrics and gynaecology

Having an at home doppler can sometimes help ease

If you've been considering encapsulation, here are

Shared this to our story earlier in the week, but

We rely on student reviews to help us make sure we

Point of view: You're a placenta encapsulator at a

Not sure what's in your capsules?⁠ ⁠ Zinc! Hel